While Xiaomi makes awesome Android Phones, it ships them without Gmail, YouTube, Maps and other popular Android Apps. You can fix this issue by installing Google Play Store on Xiaomi Phones, which in-turn allows you to install other Google & Android Apps. 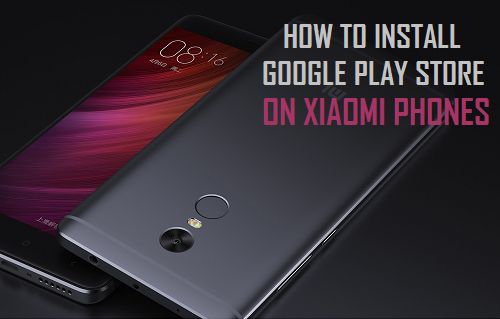 No Google Apps On Xiaomi Phones

Xiaomi Tech is one of the leading device makers in China which is also popular in India, Dubai, Saudi Arabia, Malaysia, Singapore and other Coutries for its affordable and impressive looking Android Phones.

In place of Google Apps, Xiaomi offers its own alternative Google like Apps and has its own App Store known as the MI App Store.

The procedure for Installing Google Play Store on Xiaomi Phones using Google Installer APK can be broken into the following two sections.

In order to download Google Installer APK on your Xiaomi phone, you will first need to Enable Downloads From Unknown Sources option on your Xiaomi device.

Go to Settings > Additional Settings > Privacy and move the toggle next to Unknown Sources to ON position. On the confirmation pop-up, tap on OK to allow downloads from unknown sources on your Xiaomi phone 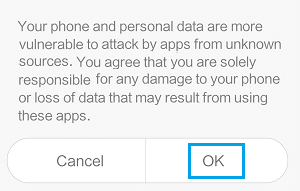 After enabling the option to download from unknown sources, you are ready to download Google Installer APK on your device.

1. Open the Web Browser on your Xiaomi phone and Download the Google Installer APK from MIUI Forum (Use This Link) Note: You will see a pop-up at the bottom of your screen, tap on OK to install the Google Installer APK.

2. When the download is completed, tap on Install to begin the process of installing Google Installer on your Xiaomi phone. 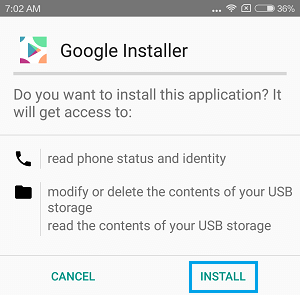 3. Once the application is installed, you will see the App installed Screen, tap on Open 4. On the next screen, tap on the big blue Install button to begin installation of Google Basic Services on your Xiaomi Phone. 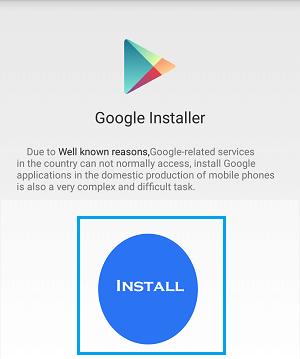 5. The Google Installer will start installing the following Google Basic services on your Xiaomi phone

For each of the basic services above you will need to tap on Install on the permissions screen and then tap on Done once each service has been installed. (See image below) 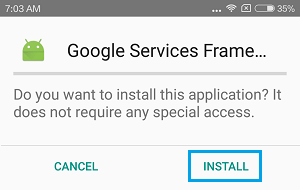 8. On the next screen, enter your email address and tap on Next. Note: Tap on Or Create a new account link in case you do not have a Gmail Account.

9. On the next screen, enter the Password for your email address and tap on Next. 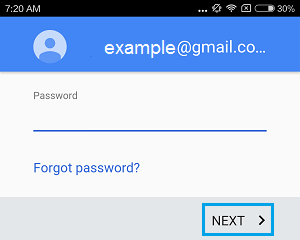 On the next screen, choose whether or not you would like to setup Automatic Data Backup to Google Drive and tap on Next.

That’s it! – You have finished setting up Google Play Store on your Xiaomi Phone and this will allow you to download Gmail, Google Maps, Youtube and other popular Android Apps on your Xiaomi device.